The minutes from the July Federal Open Market Committee meeting were released yesterday revealing a bit of dissension amongst the Fed members, while most are concerned about persistently low inflation levels. In addition, Fed members are not in alignment on when to hike rates, when to trim their $4.5 trillion balance sheet and the effects of low inflation.

The Fed’s favorite inflation gauge, the Core PCE, fell to 1.5% annually in the July reading, below the 2% target range. Some members said inflation is likely to remain low and beneath the target range for longer than expected. Fed officials do remain in favor of making some sort of an announcement at the September meeting regarding when the balance sheet will begin to wind down. The Fed’s balance sheet is made up of treasury and Mortgage backed securities.

Mortgage rates continued to edge lower this week due in part to low levels of inflation. Freddie Mac reported that the 30-year fixed mortgage rate fell to 3.89% from 3.90% with 0.4 in points and fees. Last year this time the rate was 3.43%. With mortgage rates holding steady, refinancing activity should remain high, particularly for cash out refinancings. 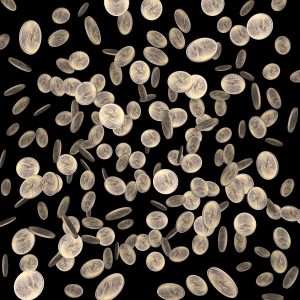