Retail Sales slowed in October after the big gain in September, which was boosted by post-hurricane spending. Retail Sales rose a modest 0.2%, just above the 0.1% expected and down from the 1.9% registered in September. Year over year, sales were up 4.6%. Despite the small gains in October, only a few sectors were weak: building material suppliers, gas stations and non-store retailers. Heading into the holiday shopping season, the National Retail Federation expects total sales of $678.75 billion to $682 billion, up from $655.8 billion last year.

Tame consumer inflation data was reported in October after a spike in gas prices pushed the index higher in September. The Consumer Price Index rose just 0.1% in October, in line with estimates, while the year-over-year number fell to 2% from 2.2%. When stripping out food and energy, year-over-year Core CPI was 1.8%. Gasoline prices fell 2.4% in October after the big 13.1% surge in September, which was the largest gain since June 2009.

Business activity in the New York region declined in November. The Empire State Index fell to 19.4 from 30.2 in October and below the 24.6 expected. Within the report, labor market indicators reflected moderate employment gains and little change in hours worked. Looking ahead, firms were very optimistic about the six-month outlook. The index for future business conditions climbed five points to 49.9, and the index for future new orders rose nine points to 53.7, a multiyear high. Employment and the average workweek were expected to increase in the months ahead. 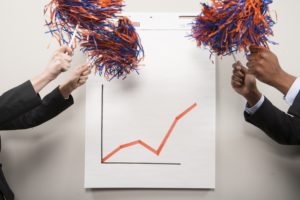