The National Association of REALTORS® reports that Existing Home Sales in October rose 2% from September to an annual rate of 5.48 million annualized units, above the 5.42 million expected. The 5.48 million is the highest since June’s 5.51 million. However, a severe shortage of homes for sales on the market continues to push prices higher. Gains were seen in all four regions of the country. From October 2016, sales are down 0.9%.

Home improvement chain Lowe’s reported better-than-expected earnings in its latest quarter boosted by hurricane-related purchases. Lowe’s reported earnings per share of $1.05 versus the $1.02 expected. The company said lumber, plumbing and electrical supplies, and appliances were in big demand for the stores. Looking ahead, Lowe’s expects sales to increase 5% for fiscal year 2017.

Government-sponsored entity Freddie Mac reported on Monday that despite modest economic growth, solid job gains provide favorable conditions for housing and mortgage markets. Through the first 10 months of 2017, mortgage rates remained low by historical standards while the 30-year fixed-rate mortgage has remained below 4% since July. Freddie Mac went on to say with house prices outpacing income, low mortgage rates are the one factor helping to support homebuyer affordability. 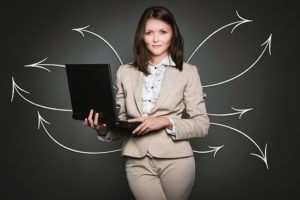