Solid economic growth was seen from the second reading on third quarter Gross Domestic Product (GDP) where strong business inventory and equipment investment offset an ease in consumer spending. The second read on Q3 GDP rose 3.3%, up from 3.0% in the first reading. This was the best number since Q3 2014. GDP registered 1.2% in the first quarter of 2017 and 3.1% in the second quarter. Consumer spending fell to 2.3% in the third quarter after hitting 3.3% in the second quarter. GDP is the monetary value of all the finished goods and services produced within a country’s borders in a specific time period. It is considered the broadest measure of economic activity.

After a weak reading in September due to hurricanes Harvey and Irma, signed contracts to purchase existing homes surged in October. The National Association of REALTORS® reports that Pending Homes Sales increased 3.5% in October from September, the highest level since June. However, sales were down 0.6% from a year earlier. The South saw the biggest gain of 7.4%, which was most likely due to pent-up demand after the storms subsided.

A disturbing report on the state of future labor market activity was released by McKinsey research this week saying that a large portion of the global workforce could be displaced by 2030. The report estimates that between 400 million and 800 million people could be displaced by automation and need to find work. The professions that are more physical labor will be the most likely to see automation take over such machine operators and preparing fast food. Jobs that involve content providing, managing people and the like would be least impacted. In addition, jobs like gardeners, plumbers and, health care providers – will likely see less automation. 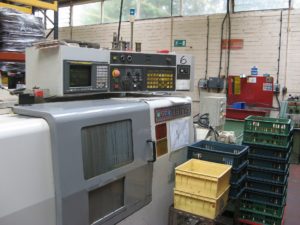