May Existing Home Sales rose 1.1% from April to an annual rate of 5.62 million units, above the 5.52 million expected. The median price rose to an all-time high of $252,800. Sales were up 2.7% from May 2016. Low inventories continue to be a problem with supplies at 4.2 months where healthy supply is seen at six months. “We have a housing shortage, we may even use the term housing crisis in some markets,” NAR chief economist Lawrence Yun said.

Mortgage rates were steady in the latest week and remain just above the all-time lows, whilemortgage application volumes rose. The Mortgage Bankers Association reported that its Market Composite Index, a measure of total mortgage loan application volume, rose 0.6% in the latest week. The refinance index jumped 2.1% to 1526.8, the highest level since November 2016, while the purchase index fell 1%. The MBA also reports that the 30-year fixed conforming mortgage rate was unchanged at 4.13%, while jumbo and FHA rates rose 2bp and 4bp, respectively, to 4.08% and 4.04%. 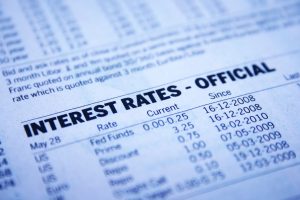