US House Prices Rose in Q2, Back-to-school spending for both school and college hits new high

There are no major economic reports due for release today and it is quiet on the geopolitical front. Expect a quiet summer trading session today with many traders and investors away on vacation. The Jackson Hole Fed-sponsored Symposium kicks off on Thursday and the markets will await speeches from European Central Bank Chief Draghi and Fed Chair Yellen on Friday. New Home Sales will be released on Wednesday and Existing Home Sales on Thursday.

The National Retail Federation (NRF) recently released its expectations for back-to-school spending. The NRF reports that spending for both school and college is projected to hit $83.6 billion, up from last year’s $75.8 billion. Families with children in elementary through high school plan to spend an average of $687.72 each, for a total of $29.5 billion. College students and their families are expected to spend an average of $969.88, for a total of $54.1 billion. 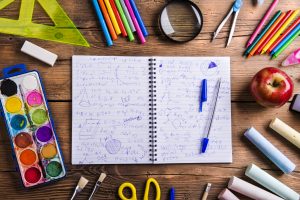