They may not move mountains, but markets are a possibility in Jackson Hole. The 2017 Economic Symposium, “Fostering a Dynamic Global Economy,” kicks off today and will take place Aug. 24-26. Each year since 1978, the Federal Reserve Bank of Kansas City has sponsored the symposium on an important economic issue facing world economies. Participants include prominent central bankers, finance ministers, academics, and financial market participants from around the world. Fed Chair Janet Yellen and European Central Bank President Mario Draghi are schedule to speak tomorrow.

The number of Americans filing for unemployment benefits rose less than expected last week. Initial claims increased 2,000 to a seasonally adjusted 234,000 for the week ended Aug. 19, the Labor Department reported. Claims have now been below 300,000, a sign of a robust labor market, for 129 consecutive weeks. That is the longest stretch since 1970. The August Jobs Report will be released Friday, September 1 with more labor market data on job growth, unemployment, average workweek and hourly earnings. Job growth has been averaging 184,000 new jobs per month in 2017, which is on par with 2016.

Existing Home Sales in July slipped again as large declines in the Northeast and Midwest outweighed sales increases in the South and West, according to the National Association of Realtors® (NAR). Total Existing Home Sales slipped 1.3 percent to a seasonally adjusted annual rate of 5.44 million from a downwardly revised 5.51 million in June. Although July’s sales pace is 2.1 percent above a year ago, it is the lowest of 2017. The median existing home price for all housing types was up 6.2 percent from July 2016, marking the 65th straight month of year-over-year gains. Total housing inventory at the end of July declined 1.0 percent to a 4.2-month supply and is now 9.0 percent lower than a year ago. 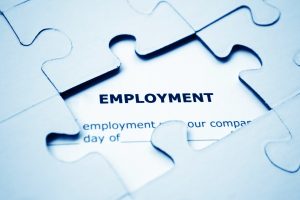