The second read on second quarter 2017 Gross Domestic Product (GDP) rose to 3% from the initial read of 2.6%. The boost was fueled by a pop in consumer spending to 3.3% from 2.8% and an increase in business spending. Consumer spending makes up two-thirds of the U.S. economy. The 3% boost in GDP was the best reading since the 3.2% registered in the first quarter of 2015. GDP is the monetary value of all the finished goods and services produced within a country’s borders in a specific time period. It is considered the broadest measure of economic activity.

Job growth in the U.S. continued to be a bright spot in the U.S. economy in August due in part to solid gains in manufacturing and construction jobs. The ADP Private Payrolls Report for August showed that employers added 237,000 new positions versus the 180,000 expected. In addition, July was revised higher to 201,000 from 178,000. The 237,000 was the fastest pace since March. The ADP Report comes ahead of the government’s Jobs Report which will be released Friday morning.

Due to the devastation in the Houston, Texas area, gas prices have pushed higher in recent days. There are many refineries in the area that have been shut down by the storm. The national average price for a regular gallon of gasoline has risen to $2.40 from $2.37 yesterday and up from $2.30 a month ago. “No doubt, Harvey has impacted operations and access to refineries in the Gulf Coast. However a clear understanding of overall damage at the refineries is unknown,” said Jeanette Casselano, AAA spokesperson. “Despite the country’s overall oil and gasoline inventories being at or above five-year highs, until there is clear picture of damage and an idea when refineries can return to full operational status, gas prices will continue to increase.” 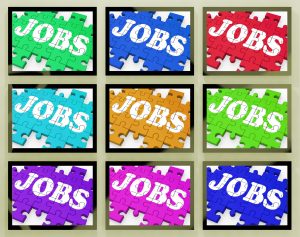