The Bureau of Economic Analysis reported on Thursday that the final reading on second quarter Gross Domestic Product (GDP) grew to a more healthy level of 3.1%, up from the anemic 1.2% recorded in the first quarter. It was the best reading since the 3.2% in the first quarter of 2015. GDP was boosted by stronger business and consumer spending. Gross Domestic Product (GDP) is the monetary value of all the finished goods and services produced within a country’s borders in a specific time period. It is considered the broadest measure of economic activity.

The Trump administration rolled out its new tax reform plan yesterday vowing that it would be the largest cut in the history of the U.S. The plan has skeptics wondering how it would be paid for, but Trump advisor Gary Cohn said this morning that the U.S. plans to pay for the entire tax cut through economic growth. The tax plan calls for a repeal of most itemized deductions, AMT and the estate tax. In addition, the current standard deduction of $6,350 for single filers would increase to $12,000 and the $12,700 standard deduction for joint filers would go from $12,700 to $24,000.

Freddie Mac reports that mortgage rates were unchanged in the latest week and remain at historically attractive levels. The 30-year fixed-rate mortgage averaged 3.83% this week with an average 0.6 point added on top of the rate. A year ago this time, the rate was 3.42%. Freddie Mac says average commitment rates should be reported along with average fees and points to reflect the total upfront cost of obtaining the mortgage. 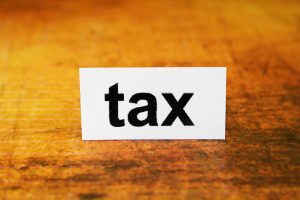