The Fed’s favorite inflation gauge, the year-over-year Core PCE, remained at 1.3% in October, well below the 2% target that the Fed has been looking for. On a monthly basis, the Core PCE was unchanged at 0.1%. The Fed has said that it will most likely raise rates at the December FOMC meeting, despite the low inflation levels. Within the report it also showed that Personal Spending recorded its largest increase in more than eight years last month, rising 1.0% versus the 0.8% expected. That is good news heading into to the holiday shopping season. Personal Incomes were up 0.4%, just above the 0.3% expected.

The two-day Federal Open Market Committee meeting kicks off on Tuesday and ends Wednesday with the 2:00 p.m. ET release of the Fed’s monetary policy statement. A rate hike to the short-term Fed Funds Rate is not expected at this meeting. The Fed members will most likely repeat that economic activity has been rising moderately so far this year while job gains have remained solid in recent months. The decline in job growth in September will most likely be mentioned as well but the Fed has already said that the weak numbers were due to hurricanes Harvey and Irma.

Residential real estate company Redfin reported recently that the average price of a newly-built home rose in the third quarter of 2017. The average price rose to $374,000, up 3.3% year-over-year compared to existing home prices. The report went on to say that one in eight homes for sale in September were new construction, compared to one in 13 five years ago. “After almost a decade of underproduction, we are finally seeing a slow, steady increase in single-family housing starts, up 9% from a year ago,” said Redfin Chief Economist Nela Richardson. 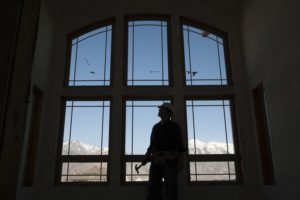