The October Producer Price Index (PPI) rose 0.4% versus the 0.1% expected, fueled by higher costs for services. Core PPI also rose 0.4%, above the 0.2% expected. Year over year, PPI rose 2.8%, the biggest increase since February 2012, while Core PPI increased 2.4%. The PPI is a family of indexes that measures the average change in selling prices received by domestic producers of goods and services over time.

The NFIB’s Small Business Optimism Index rose to 103.8 in October from 103 the previous month as more owners expect higher sales and think now is a good time to expand. Thirty-five percent of all owners reported job openings they could not fill in the current period, up 5 points, the highest reading since November 2001. “Owners became much more positive about the economic environment last month, which suggests a longer-run view,” said NFIB Chief Economist Bill Dunkelberg. “In the nearer term, they are more optimistic about real sales growth and improved business conditions through the end of the year.”

The Mortgage Bankers Association reports that its Builder Application Survey soared 23% in October after plunging 20% in September due in part to hurricanes Harvey and Irma. It was the strongest month in 2017. From a year ago, the index is up 16.1%. By product type, conventional loans made up 71.8% of loan applications while the average loan size for new homes hit a high of $339,534. 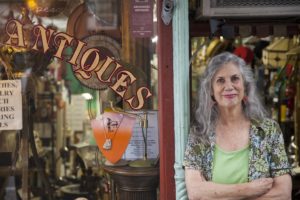