Limited inventories of homes for sales are causing problems in the purchase market, reports the National Association of REALTORS®. April Pending Home Sales declined 1.3% from March and fell for the second consecutive month. Pending Home Sales are down year-over-year nationally in all four major regions across the nation. Sales were down 3.3% from April 2016, the first year-over-year decline since December and the biggest since June 2014 (7.1%).

The Mortgage Bankers Association reported on Wednesday that mortgage rates were unchanged in the latest week and remain just above all-time lows. The 30-year fixed conforming mortgage rate was 4.17% in the latest survey with 0.32 points on top of that rate. The 30-year jumbo rate was also unchanged at 4.11% with 0.30 in points, while FHA loans fell 4bp to 4.03% with 0.32 points.

The retail sector continues its troubled ways with the latest round of declining sales and store closings. Luxury retailer Michael Kors said it will close up to 125 stores amidst plunging sales as the company admits that its stores have been underwhelming for consumers. Mega shoe store outlet Payless ShoeSource has reported it is looking to shut 408 stores after seeking bankruptcy protection two months ago. Payless cited increasing competition and plummeting sales for the massive closures.

The March S&P Case-Shiller 20-city Home Price Index came in at +5.9% year-over-year. The 5.9% matched February’s reading and is the biggest gain since July 2014. From February to March, prices were up 0.9%. Lean inventories of homes for sales are the catalyst behind the rise. The national index increased 5.9%. “If mortgage rates, currently near 4%, rise further, this could deter more people from selling and keep pressure on inventories and prices. While prices cannot rise indefinitely, there is no way to tell when rising prices and mortgage rates will force a slowdown in housing,” said David Blitzer, managing Director and Chairman of the Index Committee at S&P Dow Jones Indices.

Inflation pressures remained contained in April as reported by the Bureau of Economic Analysis. Year-over-year Core PCE edged lower to 1.5% from 1.6% in March and has been moving lower from the Fed’s target range of 2%. The Core reading strips out volatile food and energy and is the Fed’s favorite measure of inflation. From March to April Core PCE rose 0.2% versus the 0.1% expected. Personal Income and Spending both were up 0.4% last month, in line with estimates. Spending rose the most since December.

The Paychex – IHS Markit Small Business Employment Watch showed a continued decline in small business growth in May. However, national hourly earnings in May were $25.76, +2.87% ($0.72) year-over-year. In addition, Consumer Confidence in May edged lower from April as consumers were somewhat less upbeat in may from April. The Consumer Confidence Index fell to 117.7 in May from 120.3 in April. However, consumers “remain optimistic that the economy will continue expanding into the summer months.” said Lynn Franco of the Conference Board. 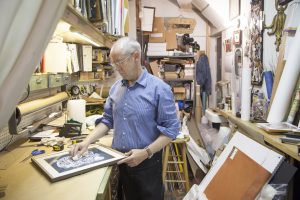 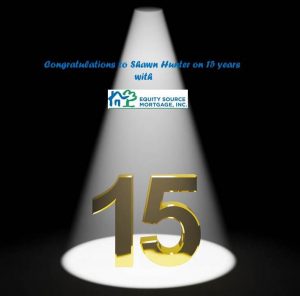 Consumer Spending rose a bit, Consumer Sentiment down though in line with prediction

The Bureau of Economic Analysis reported on Friday that the second read on first quarter Gross Domestic Product rose 1.2% from the original reading of 0.7%. Slow business and consumer spending continued to restrain growth in the first three months of 2017. Consumer Spending rose 0.6% from 0.3%, still a low number. However, the Atlanta Fed predicts second quarter GDP to rise to 4.1%.

Consumer products meant to last at least three years fell less than anticipated in April, but fell for the first time in five months. April Durable Orders fell 0.7%, above the -1.2% expected while March was revised to 2.3% from 0.7%. In addition, the final read on May Consumer Sentiment came in at 97.1 versus 97.5 expected and had little impact on trading.
“Consumer sentiment has continued to move along the high plateau established following Trump’s election,” the survey’s chief economist, Richard Curtin, wrote.

Mortgage Rates continue to edge lower, Housing is off to a good start in 2017, FOMC members expect economy to pick up momentum in Q2

Mortgage rates continued to edge lower in the latest week as Bond prices hit six-month highs due to the political turmoil out of Washington in the past week. Freddie mac reports that the 30-year fixed conforming mortgage rate fell to 3.95% this week with 0.5 in points and fees added on top of the rate. It was the lowest rate since the week of November 17, 2016. At the end of last year, many predicted that mortgage rates would average 4.50% in 2017, but they have been in the range of 4.12% so far this year.

Freddie Mac released its Economic & Housing Research Outlook for May reporting that despite weak economic growth, housing got off to a good start in 2017 due in part to the low mortgage rate environment. Freddie Mac says that the U.S. housing market is now on track to eclipse last year as the best in over a decade. Freddie went on to say that increased inflation and higher short term rates will push up long-term rates, including mortgage rates. However, the increase will be measured with the 30-year fixed rate averaging 4.3% in the fourth quarter.

The minutes from the May 3 Federal Open Market Committee (FOMC) meeting were released yesterday and it had a bit of good news for both Stocks and Bonds. The minutes showed that “nearly all” FOMC participants agreed that the unwinding of the Fed’s balance sheet should be controlled by a series of gradually increasing caps, or limits – good news for Bonds. In addition, members expect the economy to pick up momentum in the second quarter – good news for Stocks.

Existing Home Sales in April fell 2.3%, Housing prices continued to rise in Q1, Lowe’s missed on both revenues and earnings per share

The National Association of REALTORS® reported on Wednesday that Existing Home Sales in April fell 2.3% from March to an annual rate of 5.57 million units. This was below the 5.65 million expected. The sales slide was mainly due to low inventories of homes for sale. Inventories are running at a 4.2 month supply, below the six-month supply that is seen as normal. The median sales price rose 6%, marking 62 straight months of price increases.

No. 2 home improvement chain Lowe’s missed on both revenues and earnings per share, which is in stark contrast to rival Home Depot’s impressive earnings numbers last week. Lowe’s has been trying to cater to the do-it-yourself customer, as opposed to rival Home Depot’s focus on high-spending general contractors, which has helped to benefit more from the solid housing market. Shares of Lowe’s were down 4% in today’s trading session.

A lone suicide bomber killed 22 and injured 59 overnight in at a concert in Manchester, U.K. ISIS has taken responsibility for the horrific attack. One person has been apprehended in connection with the bombing, while the bomber has yet to be identified. The attack occurred at an Ariana Grande concert where many children were present.

After hitting a near 10-year high in March, New Home Sales in April fell to an annual rate of 569,000, below the 605,000 expected and below the 642,000 in March, which was revised from 621,000. From April 2016 to April 2017, sales were up just 0.5%. The decline in sales was due in part to rising building material costs along with a lack of lots and a shortage in labor. Inventories are running at a 5.7 month supply, just below the six-month supply that is considered healthy.

Luxury home builder Toll Brothers reported on Tuesday that it sold more homes and said orders surged 26% in its quarterly earnings report. As of April 30, Toll Brothers sold 1,638 in the latest quarter, up from 1,304 in the previous quarter. The average price to purchase a new Toll Brothers home fell to $832,400 from $855,500 a year earlier, which was due in part to lower priced homes geared towards millennials. A spokesperson for the builder said it was the best spring selling season in over 10 years.

President Trump began his first foreign trip in Saudi Arabia and other Gulf States over the weekend as the U.S. signed $350 billion worth of defense equipment and service supports, which is lifting Stocks this morning. The president will now visit Israel on Monday and Tuesday, Rome and the Vatican on Wednesday. Stocks took a hit last week over political turmoil out of the Trump administration, but those concerns quickly faded. The closely S&P 500 Stock Index continues to trade near all-time highs.

There are no economic reports due for release today and the calendar is on the light side this week. Trading volumes will most likely begin to ease late Thursday as players gear up for the long Memorial Day weekend, the unofficial kick off of summer. The week the treasury will sell a total of $88B in Treasury Notes, which could impact trading.

Heading into the long Memorial Day weekend, drivers are expected to take to the roads in a big way as they head off to their favorite vacation destinations. Motor club AAA expects 39.3 million Americans will travel this holiday weekend, the most in the past 12 years. Most of those will travel by car as AAA expects 34.6 million on the roads. A total of 2.9 million people in the USA are expected to take to the skies this Memorial Day, an increase of 5.5% over last year.

The National Association of REALTORS® (NAR) reports that single-family existing home sales are expected to rise to a decade high in 2017, fueled by a strong labor market and improving household confidence. The NAR reports that the first quarter of 2017 saw 5.62 million existing homes sold, the best quarter in a decade, up 3.5% from the same period last year. The NAR has forecasted that sales will increase 5% in 2017. However, started home shortages could be a problem and may discourage would-be first time homebuyers.

Ellie Mae reported on Friday that closing times for mortgage loans fell in April for the third consecutive month. The time it takes to close a loan fell to 42 days in April from 43 in March and a big drop since the 51 days seen in January. On the refinance end, it now takes 41 days to close the loan from 43 days in March. Ellie Mae cites improved technology in the reduction of time.

Motorists are gearing up for the long Memorial Day weekend next week as Americans gas up their cars and head to their favorite getaway destinations. The national average price for a regular gallon of gasoline fell to $2.34 this week from $2.40 a month ago, though up from $2.26 a year ago. The increased summer driving could cause a bump up in prices, but motor club AAA doesn’t see a significant increase.

Mortgage rates edged lower in the latest week and remain just above all-time lows. Freddie Mac reported that the 30-year fixed mortgage rate declined to 4.02% from 4.05% in the latest week with 0.5 in points and fees. Mortgage rates continue to remain low, due to low inflation and the political turmoil out of Washington D.C., which pushed Bond prices higher and rates lower. In addition, the U.S. Federal Reserve continues to purchase Mortgage Backed Securities in the open markets, which has a lowering effect on mortgage rates.

Americans filing for first-time unemployment benefits continue to hover near lows not seen since the early 1970s as the labor market continues to strengthen. Weekly Initial Jobless Claims fell by 4,000 to 232,000, below the 240,000 expected. Jobless claims have now remained below the 300,000 level for the longest stretch since 1970. Continuing claims declined 22,000 to 1.90 million in the week ended May 6, the lowest level since November 1988.

Manufacturing activity in the Philadelphia region surged in May signaling that the sector continues to expand. The Philadelphia Fed Index increased from a reading of 22.0 in April to 38.8 this month. The index has been positive for 10 consecutive months. Within the report it showed that current new orders and shipments indexes remained at high readings. In addition, firms reported an increase in manufacturing employment this month.