The Federal Reserved raised the benchmark Fed Funds Rate by 0.25% yesterday, as expected, bringing the rate to the 1% – 1.25% level. That pegs the Prime Rate at 4.25%. The statement didn’t offer many surprises … it read that the labor market has continued to strengthen and that economic activity has been rising moderately so far this year. Household spending has picked up in recent months, and business fixed investment has also continued to expand. The Fed said that inflation on a 12-month basis is expected to remain somewhat below 2% in the near term but to stabilize around the Fed’s 2% target over the medium term.

In Janet Yellen’s news conference following the release of the statement, she said the Fed plans to reduce its $4.5T balance sheet and said it could happen “relatively soon” if the economy evolves in line with expectations. If the taper does begin this year it will happen in the following manner: The Fed will begin allowing a reduction of a maximum of $10 billion of securities ($6B of Treasuries and $4B of mortgage securities) every month. That cap will increase by $10B of securities every quarter until the balance sheet is declining by $50B per month.

In economic news, regional manufacturing data was better-than-expected as the sector continues to experience peaks and valleys. The Philadelphia Fed Index rose to 27.6 in June, now positive for 11 consecutive months. The report said that about one-third of the firms expect to add to their payrolls through the end of the year. In the New York State region, the Empire State Survey surged to 19.8 in June, up from -1.0 in may and well above the 6.0 expected. It was the highest level in more than two years. The new orders, inventory, shipments and employment components all rose during the month. 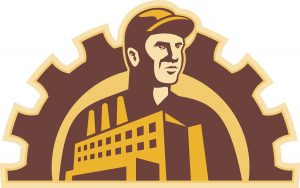