Pending Home Sales | Consumer confidence retreated | How the “Other half” lives

Pending home sales squeaked out a minor gain in November on a monthly and annualized basis, according to the National Association of REALTORS® (NAR). The Pending Home Sales Index, a forward-looking indicator based on contract signings, rose 0.2 percent to 109.5 in November from 109.3 in October. The index remains at its highest reading since June (110.0), and is now 0.8 percent above 2016. The 3.4-month supply of existing homes for sale on the market is the lowest since NAR began tracking inventory in 1999. A 6-month supply is considered normal. Heading into 2018, existing-home sales and price growth are forecast to slow, primarily because of the altered tax benefits of homeownership affecting some high-cost areas.

Consumer Confidence retreated in December after reaching a 17-year high in November. The Consumer Confidence Survey® monthly report reflects prevailing business conditions and likely developments for the months ahead and details consumer attitudes and buying intentions. The decline was fueled by a less optimistic outlook for business and job prospects in the coming months. Despite the decline in confidence, consumers’ expectations remain at historically strong levels, suggesting economic growth will continue well into 2018.

And now for how the “other half” lives. The world’s wealthiest became $1 trillion richer in 2017 with a 23 percent increase in fortunes from 2016, bringing their cumulative total to $5.3 trillion. That’s according to the Bloomberg Billionaires Index, a daily ranking of the world’s 500 richest people. The increase was more than four times last year’s gain. Amazon.com Inc. founder Jeff Bezos added the most in 2017, a $34,2 billion gain that knocked Microsoft Corp. co-founder Bill Gates out of his spot as the world’s richest person, which he’s held since May 2013. The U.S. has the largest presence on the index with 159 billionaires. China has 38 billionaires on the index, a 65 percent increase that marks the biggest gain of the 49 countries represented. Tech moguls number 57 billionaires on the index, the most of any sector.

U.S. Stocks rebounding this AM, Optimism in Manufacturing, Net Neutrality

U.S. Stocks are rebounding this morning as tax bill concerns out of D.C. wane. The closely watched S&P 500 stock index declined the most in a month on Thursday after Republican Senators Marco Rubio and Mike Lee declined to back the tax bill without changes to child tax credits. Stocks have rallied in 2017 due in part to tax cuts that were promised by President Donald Trump.

Business activity continued to grow at a strong pace in New York State, as reported by firms responding to the December Empire Manufacturing Index. The index hit 18 this month, matching analysts’ estimates. Within the report it showed that new orders and shipments remained strong, while labor market indicators pointed towards a small increase. Looking ahead, firms remained optimistic about the six-month outlook.

Net neutrality? Those two words continue to make headlines on a daily basis, but just what is it? Net neutrality is the concept that all data on the internet should be treated equally by corporations, such as internet service providers and governments, regardless of content, user, platform, application or device. Network neutrality requires all internet service providers (ISPs) to provide the same level of data access and speed to all traffic, and that traffic to one service or website cannot be blocked or degraded, as described by Investopdia.

Inflation at the consumer level was somewhat tame in November, due in part to weak healthcare costs and a big drop in apparel prices. The Labor Department reported that the Consumer Price Index (CPI) rose 0.4% in November from October, which was inline with expectations. When stripping out volatile food and energy, the more closely watched Core CPI rose 0.1%, below the 0.2% expected. Year over year, Core CPI fell to 1.7% from 1.8%.

The Mortgage Bankers Association (MBA) reports that mortgage rates were essentially unchanged in the latest week as 2017 comes to a close. The average contract rate for 30-year fixed-rate mortgages with conforming loan balances ($424,100 or less) rose to 4.20% from 4.19% with an average point of 0.39. The MBA also reports that the refinance share of applications fell 3.0% while the purchase index decreased 1.0%. 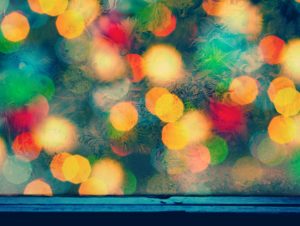 The two-day Fed meeting kicks off on Tuesday and ends Wednesday with the 2:00 p.m.ET release of the Fed statement. Fed Chair Yellen will hold a press conference immediately following the release at 2:30 p.m. ET in what will be her last as Fed Chair. The Fed Funds Rate is expected to rise by 0.25% to 1.50%. The statement could reveal more rhetoric on the Fed’s balance sheet and will reveal the current state of the economy. The Fed statement always carries a big headline risk.

Rising home prices across the U.S. lifted many underwater mortgages into positive equity between the second and third quarters of 2017. Analytics firm CoreLogic reports that 260,000 mortgaged properties regained equity between the second and third quarters of 2017. CoreLogic Chief Economist Frank Nothaft said, “Homeowner equity increased by almost $871 billion over the last 12 months, the largest increase in more than three years. This increase is primarily a reflection of rising home prices, which drives up home values, leading to an increase in home equity positions and supporting consumer spending.” Negative equity means your home’s current fair market value is less than your outstanding loan balance (i.e you owe more on your home than it’s worth). 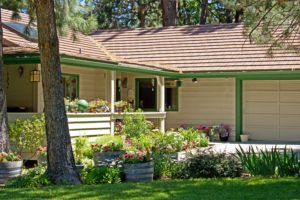 Tax bill might make it, CVS to purchase Aetna, Shopping this weekend was highest ever

The Senate passed its version of the tax bill over the weekend and now the House and the Senate will reconcile their respective versions of the tax bill before it becomes a law. The news has sent U.S. Stocks considerably higher to begin the week now that the uncertainty surrounding taxes has ended. The Stock markets will look ahead to Friday’s Jobs Report for November where it is expected that employers hired 190,000 new workers during the month.

In corporate news, drugstore chain CVS has agreed to purchase health insurer Aetna in a deal that will change the way large company’s purchase health-care benefits. The deal is expected to cost CVS nearly $70 billion and should reduce healthcare costs for consumers, immediately, said the two CEOs of both companies on CNBC this morning. The merger will allow stores to “not be just about products, but also service offerings that can help people on their path to better health,” said the two CEOs.

The National Retail Federation reports that from Thanksgiving Day through Cyber Monday, more than 174 million Americans shopped in stores and online during the five-day holiday weekend, beating the 164 million estimated shoppers from an earlier survey. The most popular day for in-store shopping was Black Friday, cited by 77 million consumers, followed by Small Business Saturday with 55 million consumers. In addition, credit cards are the most popular form of payment this year, used by 40% of shoppers, up from 39% last year. That’s tied with debit cards, which is also used by 40%, the same as last year; 18% plan to pay with cash and 2% will use checks. 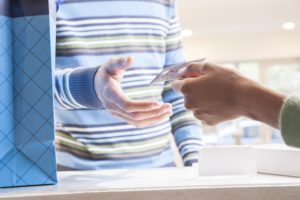