Yesterday, oil prices hit lows not seen since August 2016 and have lost 20% since topping out in February, this despite OPEC’s vow to cut production and balance the market. The S&P energy index has declined 15% this year. Lower oil prices could affect inflation.

The Fed’s favorite inflation gauge, the Core Personal Consumption Expenditure on an annual basis, fell to 1.5% in April, well below the Fed’s target range of 2%. Oil is a major staple of the economy and is used in fueling transportation, heating homes, making plastics and many other consumer products. If oil prices decline, the cost to the end consumer drops, thus lower inflation and vice versa.

In the current low inflation environment, it could be tough for the Fed to raise rates anytime soon. Currently, there is little chance of a hike to the short-term Fed Funds Rate in July, and just a 13% chance in September. Yesterday, Philadelphia Fed President Harker (voter) said he could see the Fed’s balance sheet unwinding beginning in September, but not if inflation weakens. Mr. Harker went on to say that if the balance sheet unwinding were to begin, rate increases would pause. The Fed’s balance sheet is made up of Treasury and Mortgage Backed Securities and is valued at $4.5 trillion. 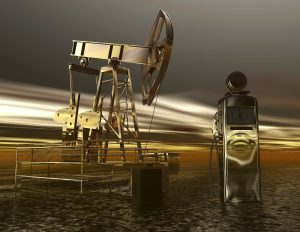