Mortgage rates remained just above all-time lows this week, as reported by Freddie Mac. The 30-year fixed-rate mortgage was 3.90 for the week ending June 22 with 0.5 in points and fees. Last year this time the rate was 3.56%. Freddie Mac said that mortgage rates continue to hover near year-to-date lows “amidst ongoing economic uncertainty.”

Americans filing for first time unemployment benefits continue to remain at levels not seen since the early 1970s as the sector contiues to strengthen. Weekly Initial Jobless Claims rose 3,000 to 241,000 in the latest week. This is the 120th consecutive week that claims have been below the 300,000 threshold, the longest stretch since 1970. The four-week moving average of claims, which irons out seasonal abnormalities, rose 1,500 to 244,750 last week, the highest since early April. 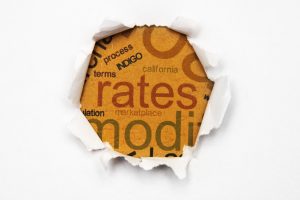