Inflation remained tame in May, Mortgage rates fell to lowest in 2017, 4th of July facts

Inflation remained tame in May as measured by the Core PCE rising by 0.1% in May from April, while the Fed’s favorite inflation gauge, the annual Core PCE fell to 1.4%, well below the Fed’s target range of 2%. Personal Incomes in May rose 0.4%, just above the 0.3% expected while Spending was up 0.1%, in line with estimates. With incomes rising more than spending, the personal saving rate rose 5.5% in May from 5.1% in April.

The week, month, quarter and the first half of the year comes to an end today with Mortgage Bonds near unchanged after a volatile week of trading. Stocks, as measured by the S&P 500, are up 8% for the first six months of the year, while mortgage rates fell to the lowest level of 2017 this week to 3.88% as reported by Freddie Mac. The price for a barrel of West Texas Intermediate crude oil has fallen to $45.55 today from $53.72 at the end of 2016.

Just the facts! With the 4th of July being celebrated next week, here are a few facts that may amaze your friends and family at your barbecue for the holiday.Congress made Independence Day an official unpaid holiday for federal employees in 1870. In 1938, Congress changed Independence Day to a paid federal holiday. Only John Hancock actually signed the Declaration of Independence on July 4, 1776. All the others signed later. The stars on the original American flag were in a circle so all the Colonies would appear equal. In 1776, there were 2.5 million people living in the new nation. Today the population of the U.S.A. is 326 million. Barbecue is also big on Independence Day. Approximately 150 million hot dogs and 700 million pounds of chicken are consumed on this day. They also spend $92 million on chips, $167.5 million on watermelon, and $341.4 million on beer. Fireworks have been a major part of Fourth of July since the earliest celebrations. 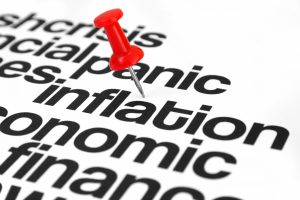