The National Association of REALTORS® (NAR) reports that Existing Home Sales in August fell 1.7% from July to an annual rate of 5.35 million units versus the 5.42 million expected. From August 2016 until August 2017, sales were up 0.2%. Sales fell for the fourth time in five months due to the ongoing themes: high prices and low inventories. “Steady employment gains, slowly rising incomes and lower mortgage rates generated sustained buyer interest all summer long, but unfortunately, not more home sales,” said Lawrence Yun, NAR chief economist.

The NAR said that the gains seen in the Northeast and Midwest were outpaced by the declines in the South and West. The median existing home price in August was $253,500, up 5.6% from August 2016 and marks the 66th straight month of year-over-year gains. There is just a 4.2 month supply of inventories where more normal levels are around 6 percent. In addition, 51% of existing homes sold closed in less than a month.

It’s just the middle of September but 2017 holiday sales expectations are already being published. Management consulting firm Deloitte reports that holiday sales can increase by 4.5% over last year’s shopping season, according to its annual retail holiday sales forecast. Daniel Bachman, Deloitte’s senior U.S. economist said, “Last year, disposable personal income grew 2% over the year to the holiday period, and we may see that rise to a range of 3.8% to 4.2% this season. Consumer confidence remains elevated, the labor market is strong and the personal savings rate should remain stable at its current low level.” 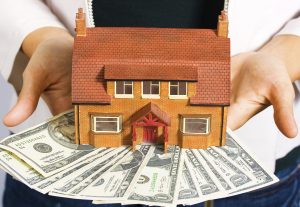